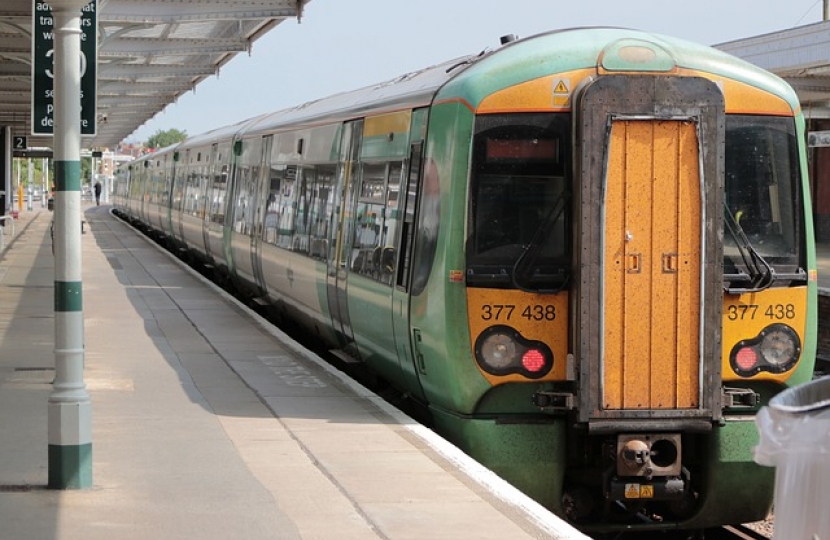 Eastbourne and Willingdon MP Caroline Ansell has welcomed the implementation of flexible rail season tickets after calling for the measure in 2015.

The initiative is part of a big shake-up of Britain’s railways announced by the Government today and will potentially save commuters £100s.

The season tickets are due to go on sale on 21st June for use from the 28th June. They will allow passengers to travel on any eight days in a 28-day period.

Caroline asked the then rail minister Claire Perry about introducing the tickets in December 2015.

“I am very pleased this measure is a part of the Government’s new Great British Railways announcement as it is a good idea I have always wanted to see progress on,” said Caroline.

“Sometimes you need patience and I am a little disappointed it has taken so long to come to fruition. However, it's great ministers can see this ticketing arrangement is the way forward, especially now people want more flexible working patterns post-covid.

“Its implementation is also just a few weeks away and I think it will encourage more people to get back on the trains to go to work in London from Eastbourne without having to pay over the odds.”

Transport Secretary Grants Shapps has set up the new state-owned Great British Railways (GBR) to replace the complicated and fragmented system of franchised train operators and Network Rail, which was responsible for the tracks and stations.

From 2023, GBR will set timetables and prices, sell tickets and manage all the rail infrastructure. In the meantime, new National Rail Contracts will be announced this year to operate for two years and act as a bridge to the reform.

The majority rail services will still be run by the private sector. However new passenger contracts will force those companies to meet punctuality and efficiency targets for the first time.

Another part of the announcement is that local communities can work closely with GBR on designing services with local leaders given greater control over local ticketing, timetables and stations.

The new model will encourage innovative bidders, such as community rail partnerships who want to bid for the GBR contract to operate their local branch lines.

Caroline Ansell jumps to the defence of local train services

£500 million Hardship Fund for the most vulnerable

Eastbourne and Willingdon MP Caroline Ansell today welcomed the Government’s announcement of a £500 million winter hardship fund after she asked The Chancellor to set up the scheme.