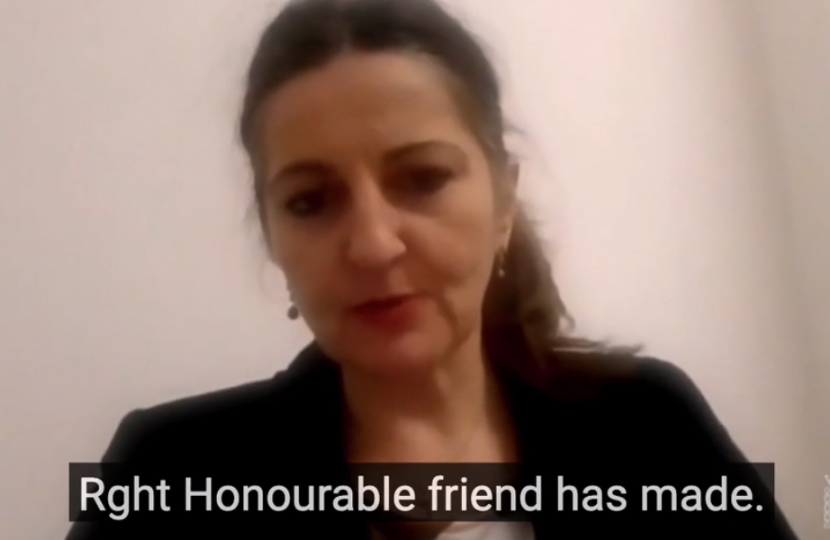 Eastbourne and Willingdon MP Caroline Ansell today welcomed the government releasing a further £3.5 billion to help leaseholders with the cost of replacing dangerous cladding on buildings.

Caroline has campaigned for many months on behalf of residents in around 40 buildings in the town who need the cladding and other fire safety defects replaced following the 2017 Grenfell tragedy.

Housing Secretary Robert Jenrick announced today the money for high-rise buildings over 18m high and said it would be done at no cost to residents. He also said that lower-rise blocks would have access to loans to replace unsafe cladding with a ceiling of £50 a month to pay them back.

Speaking to the Commons Caroline said: “Too many people in Eastbourne have suffered the stress and the strain of looming costs, and today there will be some relief at the announcement that my right honourable friend has made.

“It is a significant intervention and I look forward to seeing the details. It recognises fairness and balance, and I welcome that also.”

However, she asked the minister what further work would be done to help leaseholders facing costs in relation to other fire safety defects such as fire breaks and fire doors which would also be costly to fix.

In reply Robert Jenrick said: “My honourable friend has championed her constituents in this regard, and she and I have discussed the issue in the past.

“I hope the announcement will provide comfort to some of the constituents I am aware of in Eastbourne. One building in particular that we have corresponded on is above 18 metres, so will certainly be a beneficiary of the scheme, if it has not been a beneficiary of previous ones.

“My honourable friend is right to raise the fact that other building safety defects, which we have spoken about in the past, have also come to light, whether that is fire blocks, insulation or fire doors. Some of those works will need to be done, taking a proportionate, risk-based approach, where there is a true risk to life, so that the bill for the leaseholders is not disproportionate.

“We also, of course, want to see the building owners step up and pay for those works. Where there has been poor workmanship, the building owner needs to take responsibility, and we will continue to do everything we can to support leaseholders to pursue those claims.”

Speaking afterwards Caroline added: “Overall, I am pleased with the government’s improved response and the extra money, which will do much to relieve hardship and stress for many people in Eastbourne. It is also right that developers should be pursued for money. It is not right leaseholders should pay but, equally, taxpayers should not be footing the entire bill too.

“I have still to look at all the details of the announcement but I am concerned that some leaseholders may fall through the cracks even now. If that is the case, then I will continue to champion their cause with ministers.”

More police on the beat is top of the list, so I will fight for our share of the 20,000 new officers announced by the Government. I’ll support plans to build the right homes in Eastbourne, and ensure they are sustainable and affordable so that local people can live in them.