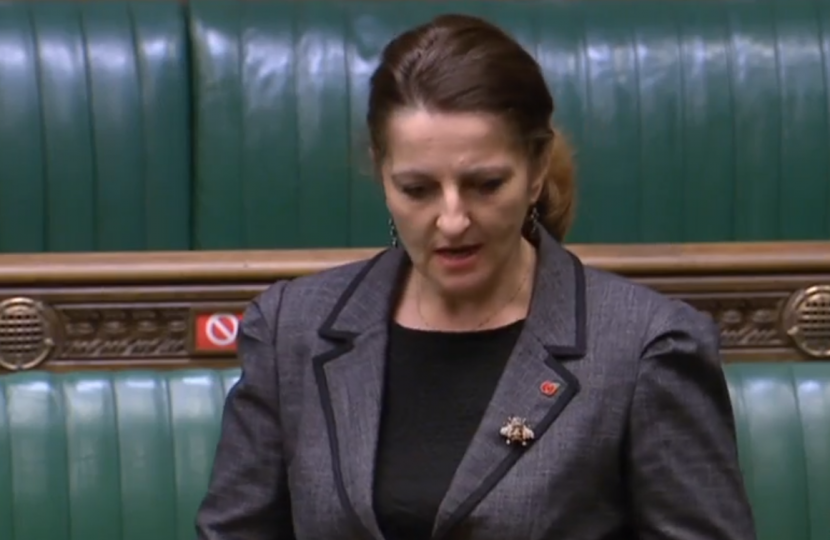 The issue has arisen following the 2017 Grenfell fire and the government has set aside £1.6 billion to help fund repairs.

However, it is estimated 1.5 million flats nationwide are currently un-mortgageable due to the need for the work and this has trapped around 3.6 million people in potentially dangerous, unsellable housing.  The bill to complete the repairs is thought to be around £15 billion

In Eastbourne, around 40 buildings, including several in Sovereign Harbour, have the issue and Caroline has been supporting homeowners.

She has put her name to the letter to housing minister Robert Jenrick from the All-Party Parliamentary Group on Leasehold and Commonhold Reform and signed by its co-chairs Conservative Sir Peter Bottomley, Labour’s Justin Madders and Liberal Democrat leader Sir Ed Davey.

The letter calls on the government to “accurately assess liability for building safety remediation costs which should not fall on the end-user, the leaseholder because of defective legislation.”

It says: “It is time to settle on simple effective ways at once to remove and replace dangerous products that still endanger residents in blocks of flats and to end the cladding remediation crisis.”

It also added: “No leaseholder, lease-renter should suffer anxiety, facing costs well beyond the ability to pay.”

Caroline said: “I am very happy to sign this letter. I have heard some heart-breaking stories of people in Eastbourne forced to spend their life savings on work to rid the buildings they live in of unsafe cladding and I think the government needs to do more to help those trapped in what is a major national issue.

“Ministers do not have to write a blank cheque but I believe they do need to recognise this knock-on effect of the Grenfell tragedy has left many people living in homes they cannot either sell or re-mortgage or afford to repair while living in fear of fire.

“I fully support that companies responsible for these safety failings should be paying too, but the gap between present government support and the potential bill for repairs is so wide, I would like the minister to look again at what can be done.”

My heart goes out to everyone in our community at this time of crisis, especially those at the frontline of the medical response, those most at risk of illness and those worried about their work and family.