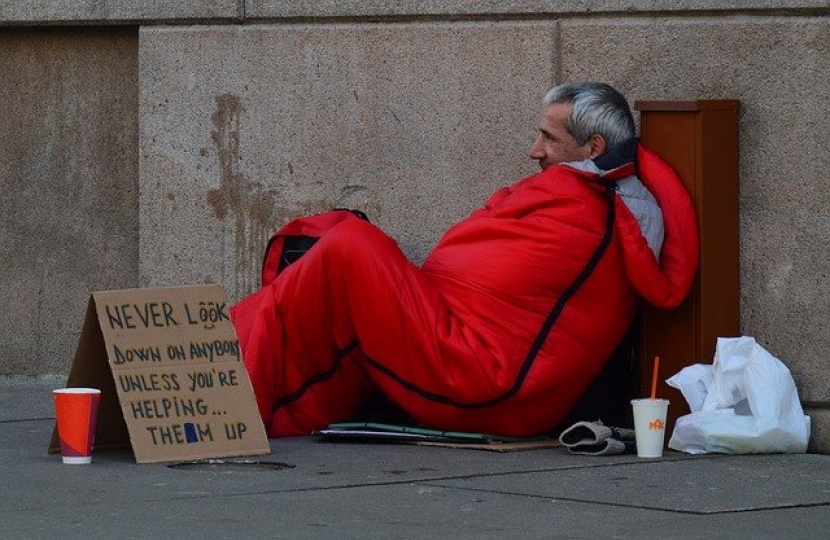 MP Caroline Ansell has warned Brighton and Hove Council it must use £3.3 million of government money to house rough sleepers in its own area and not continue to send them to Eastbourne.

The authority received the cash as part of the Rough Sleeper’s initiative to house and support the homeless. Eastbourne Borough Council was given £130,000.

Caroline has previously expressed concerns Brighton has moved hundreds of its homeless to Eastbourne when the town does not have the services to cope.

She has written to the housing minister Robert Jenrick asking him to clarify with Brighton how and where the £3.3 million will be spent and expressing her concern the new money could be used to continue to fund out of area placements in the town.

“The homeless situation in Eastbourne has improved from a January high when there were more than 200 out of area placements from Brighton,” said Caroline. "However, it is still higher than the pre-pandemic figure of around 50 and it is putting Eastbourne’s services under pressure.

“And even though the borough council, myself and others told Brighton that what it was doing was of great concern, its homeless are still being housed in our town albeit in lower numbers than before.

“Eastbourne does not lack compassion for those in need. But it does not have the services to cope with these levels and Brighton needs to use this substantial sum from the Government to get its house in order and accommodate its rough sleepers in its area where there are the services and infrastructure to help.

“These are vulnerable people who have complex needs. It is not anything to do with not wanting them on our doorstep, it is solely about making sure they are properly helped. Eastbourne cannot do this when confronted with such large numbers.”

The money for both councils has been awarded from a £203 million Rough Sleepers Initiative designed to tackle rough sleeping and provide support for people living on the streets.

“Have I been missed out?”

Reassurance & info here on the vaccine rollout in Eastbourne & Wilingdon for those over 80 who’ve not yet had their call up.