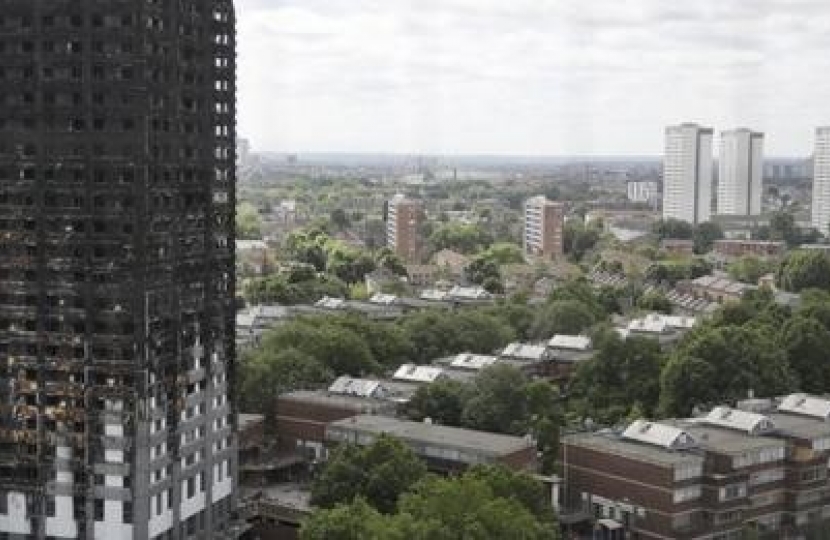 Eastbourne and Willingdon MP Caroline Ansell has welcomed more than £13.5 million of government cash going to apartment leaseholders in the town to cover costs of removing cladding.

Midway Quay – a development of 260 flats in six buildings - has received £6,271,562.26 from the multi-billion government Building Safety Fund to ensure the unsafe cladding is removed from buildings.

Devonshire Court received £7,242,837.47 from the fund in a move that will help 89 families in the development.

Caroline has consistently campaigned for the Government to spend more to help leaseholders caught up in the problem of unsafe buildings following the 2017 Grenfell fire in London.

“I am very pleased these substantial funds have now been received by these developments in Eastbourne and that the work can now take place to make them safe,” she said.

“This has been a very unsettling time for many, many residents in our town who, through no fault of their own, have had to deal with this and it has caused considerable stress.

“I am pleased the government has given this cash and that is now being put to good use.

“I was good to be able to work with residents’ groups to make the case to ministers that this money was needed. Without their input it might have been a different outcome and I thank them for working with me.

“I am also pleased the Government has announced a developers’ levy to create a £5 billion fund to ensure unsafe buildings receive financial aid. This should mean more cash will be available and the taxpayer is not picking up the entire bill.

Andy Dunbar from Midway Quay Management Company said: “Last year we were faced with a dire situation when it became clear that unsafe cladding had been used in the construction of our buildings.

“Not only did we feel unsafe, we were trapped as it was almost impossible to sell. This caused untold stress and worry. Many saw the possibility of losing their home and financial ruin.

“The bill for rectifying our buildings came to £8m, an average of over £30k for each flat. We applied to the Building Safety Fund and received a grant of £6.2m.

“All the work should be finished within two years. This situation was not of the leaseholders' making but the Building Safety Fund has enabled us to move forward and feel safe in our homes.

“Throughout the process we worked with Caroline Ansell and our local councillor Paul Metcalf.

“As a partnership we were able to problem solve some issues and give feedback on the process. I believe Caroline’s intervention had a positive effect on our application."

Caroline calls on Eastbourne to enter the Tiffin Cup!

Time for you to nominate the best South Asian restaurant in Eastbourne and Willingdon!