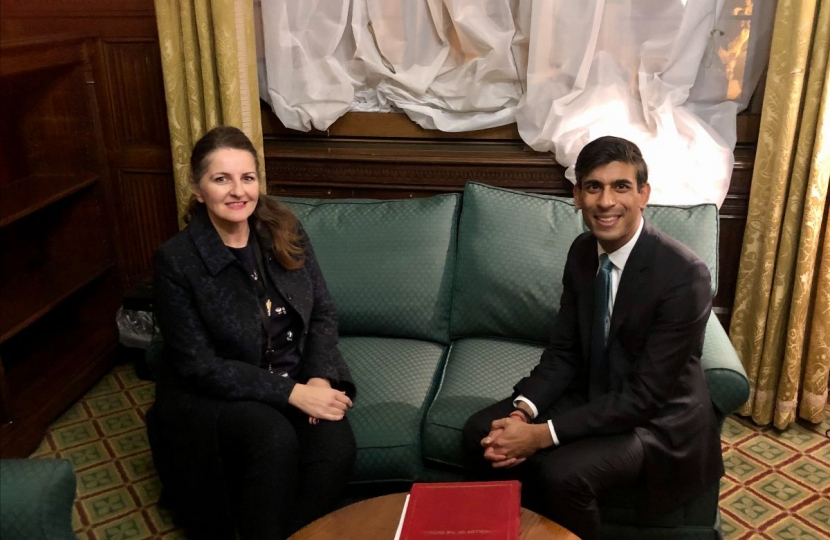 I met with the Chancellor this week to discuss the cost of living and what options are available.

It is not for me to announce government policy, but I know ministers are actively looking at a range of options to help in addition to the £22 billion package of support already announced, including £9 billion to help with energy costs.

I was very disappointed that the Liberal Democrat-led borough council did not take up an idea from my Conservative council colleagues to look at dedicating a percentage of the returns from their sale of property assets to fund an emergency scheme for those in need.

I had spoken to the minister at the Department for Levelling Up who was open to dialogue over doing this.

Instead, the council has made a ‘declaration’ about what it thinks the government should do and will now write a letter to the Treasury telling them so.

It is so vitally important the council uses all its own levers and resources at such a time as this. In the name of the people of Eastbourne it holds several assets it is selling off primarily to fill a financial black hole largely of its own making, but the minister said some of this could potentially be diverted.

It was a golden opportunity missed. I will be writing to the council leader asking him to reconsider.

I welcome that five local schools and colleges are receiving government cash to improve their buildings and facilities.

The money has come from the £498 million Condition Improvement Fund (CIF) for colleges and voluntary aided schools to address issues such as poor building condition, building compliance, energy efficiency and health and safety.

The Jubilee weekend is fast approaching, and I know Eastbourne and Willingdon is doing Her Majesty proud with a series of events, street parties and picnics to celebrate her magnificent 70-year reign; and I hope to see you there having a good time.