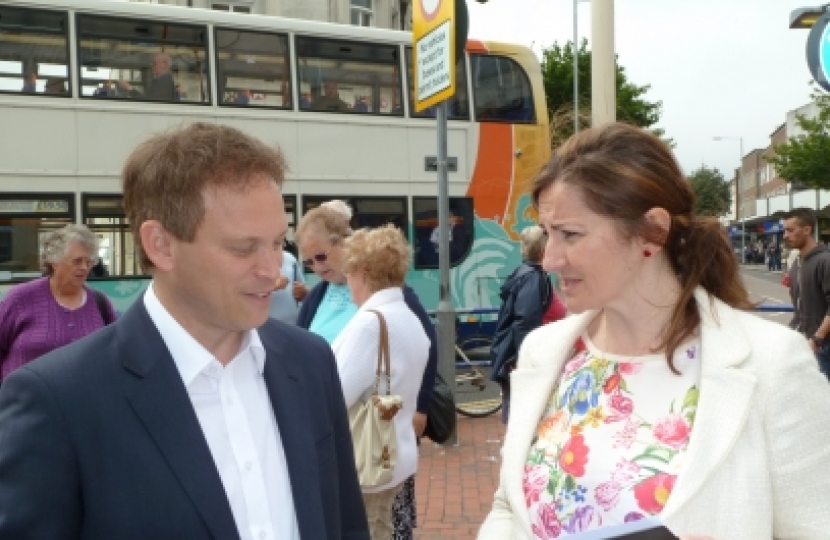 “The referendum could be one step closer. The sitting MP has the opportunity on Friday in Westminster to play his part in securing a vote for the 70,000 voters in Eastbourne and Willingdon. If he were to vote in favour that would seem like a good day’s work to me. Our membership of The EU is arguably the biggest political question of our time and we really need to have a national conversation, in a responsible and balanced manner, that for once people can have a direct say in …why deny us that chance?”

Later in the afternoon Caroline Ansell presented the result of at the canvass to the office of sitting MP Stephen Lloyd, urging him to vote in favour of an EU referendum when the bill comes before parliament tomorrow.

Following the street canvas, Caroline and Grant visited the Enterprise Shopping Centre to tour this example of success story of independent traders in the converted railway building.

“What a pleasure to show Grant around The Enterprise Centre on what is now known Independent’s Day’. The great character and nature of the place was so evident and everywhere we stopped there was a hugely warm welcome. Shopping here is so much more than a transaction, it's an experience”

They then visited The Old Print Works, Wharf Road nearing the completion of its renovation to see a ‘Back to Work’ Seminar in progress and to see how this new premises is providing an opportunity for business start-ups and a new home to Co-Hub.

After the visit Caroline said: “I was so impressed with the transformation going on at The Old Printworks where they are creating a really exciting workspace and great opportunities for local entrepreneurs”