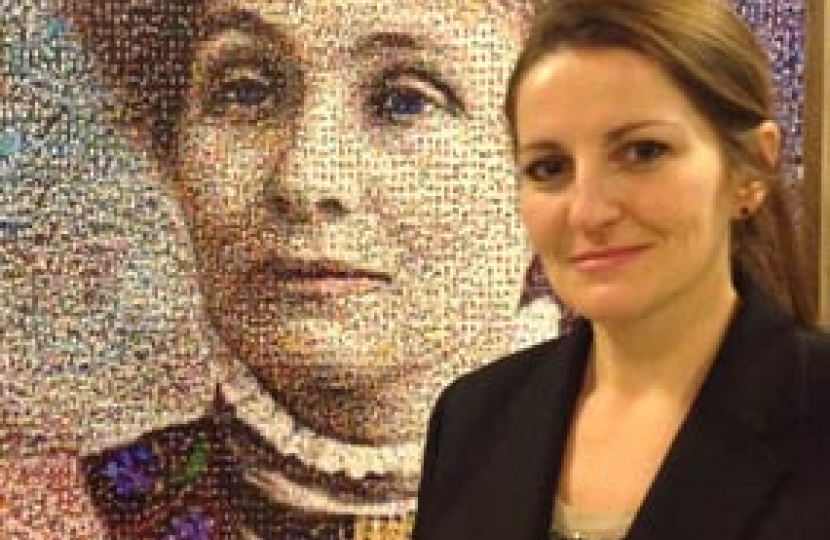 Conservative Parliamentary Candidate, Caroline Ansell, speaks to the Herald in the wake of the County Council Elections.

“Disappointed? No, wider and deeper than that.

Years ago, I was told that to get people to vote, you need to make them angry. I hate that idea and have always resisted. But, more fool me – the County’s, Ofsted ‘outstanding’ rating for Children’s Services’ was no match for 29 million Bulgarians and Romanians.

But this election wasn’t about schools or even potholes but disillusionment and disappointment at the highest level and the EU was only one of several issues we confronted. Far more frequent on the doorstep was same sex marriage.

Being a member of a political party is a bit like being married – it’s for better or worse. On May 2nd, it was pretty bad. And, it was a strange night at The Count, strangely bonding as Conservatives, Lib Dems and Labour candidates and supporters shared the pain.

I understand why people of all political persuasions voted for UKIP, not difficult for a Conservative like me who wants to see a more sovereign Britain, holds traditional christian values, and for whom inland wind turbines are not a thing of beauty or power!

The result is what it is. And what of the 65% who didn’t vote for anyone? Some have questioned whether those elected by the minority have a mandate. I don’t. All the while everyone has their vote, democracy is served whether they choose to cast it or not.

On my last trip to the Commons, I had the opportunity to see the Emmeline Pankhurst exhibition. The artwork is hugely impressive, rather like the Lady herself.

Friends who voted UKIP told me that they wanted to send David Cameron a message. “Vote for me in 2015″ I said, “and I’ll tell him myself!”

That would make Emmeline smile, I think.