Eat Out to Help Out Scheme 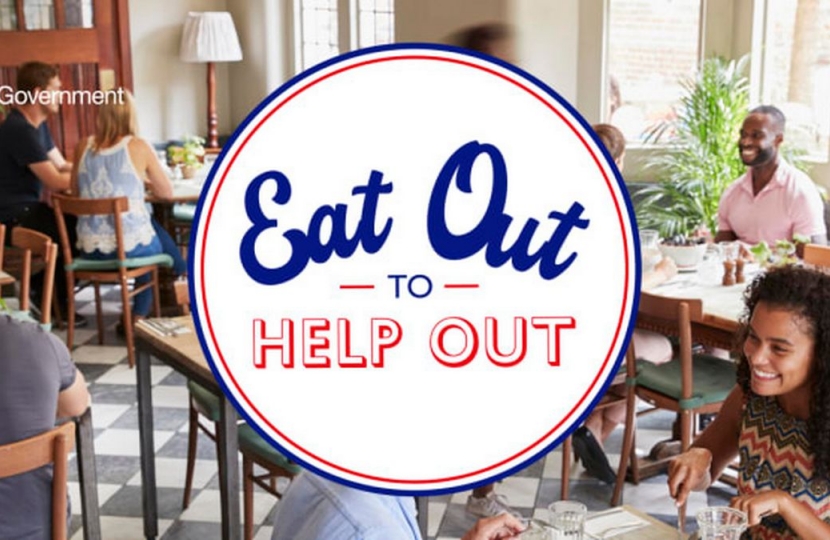 The public claimed 142,000 meals in Eastbourne and Willingdon during August’s Eat Out to Help Out scheme in a move that boosted the hospitality sector and confidence in going out, the town’s MP Caroline Ansell said today.

The total amount of discount claimed for the initiative was £829,000 through the 158 local establishments that signed up with the average discount per meal standing at £5.86 in Eastbourne, latest statistics found.

“This scheme has been a major success across the country and the local figures show it’s been just as popular with residents and visitors in Eastbourne too,” said Caroline.

“I used it several times to help our restaurants and it was good to see people out enjoying the discounts available and learning to live with the ‘new normal’ in increasing confidence.

“This initiative was launched in addition to the VAT reduction to 5% for the hospitality industry until next year, which is an important sector in our town. It really shows the government has done a tremendous amount to help the economy bounce back strongly here in Eastbourne and across the UK.”

Across the UK, more than 100 million meals were claimed under the scheme, which ran throughout the month of August, with 87,400 establishments signing up.

The Restart Grant scheme supports businesses in reopening safely as COVID-19 restrictions are lifted. Grants will be available from 1 April 2021 but you can submit applications in advance.

MP Caroline Ansell has toured Eastbourne over the last few days to show her support for businesses and organisations following the easing of lockdown restrictions.