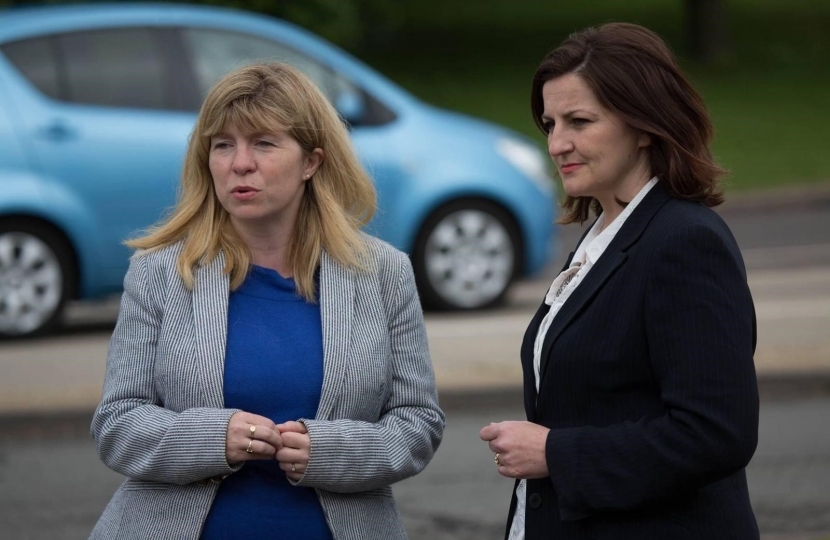 The application at the neighbouring Hindsland and Mornings Mill sites in Willingdon would see over 700 housing units built on green field land on the edge of Polegate. The site was previously rejected for housing by the planning inspectorate in 2019.

The neighbouring MPs have now written to the Secretary of State for Housing, Communities & Local Government to request that the decision be called in so that he would take the final decision on whether application is approved or not.

Maria Caulfield MP, Member of Parliament for Polegate, said “Most people accept that new housing is needed, but this site is simply not an acceptable location, especially for the number of housing units proposed. Across Polegate, Willingdon and many other areas in the South of Wealden we have seen vast new housing developments over the last few years, so we are more than taking our fair share.”

“Polegate currently has no new spaces for any more patients at the GP surgeries, despite recently expanding Polegate Primary School is again full, the roads around the town are gridlocked, and overdevelopment nearby has led to issues with sewage leading to it running down the streets. Caroline and I will be working together with residents to ensure that we can stop these developments causing misery to those already living in the area.”

“This is the return of a deeply unpopular application which provoked widespread opposition on its previous submission in 2019. The primary grounds for its rejection then have not changed. It is still unsustainable and potentially unsafe.

“Willingdon, which already has a recognised shortage of recreation space, is currently subject to cumulative planning applications for as many as 1300+ dwellings, a massive 35% increase in properties. Such a substantive build out of the village will sacrifice its distinctiveness and identity by creating a continuous conurbation between Eastbourne and Polegate. Development poses a threat to local farming and serious environmental risks, including flooding.  This last pocket of green space has been a lifeline to the local community and Maria and I are doing all within our power to protect it.”

Putting Eastbourne on the map

I secured millions of government money to help Eastbourne’s economy, but we need more and more innovation too. I support the campaign for Eastbourne to gain South Downs ‘Eastern Gateway Town’status to boost tourism and local jobs.