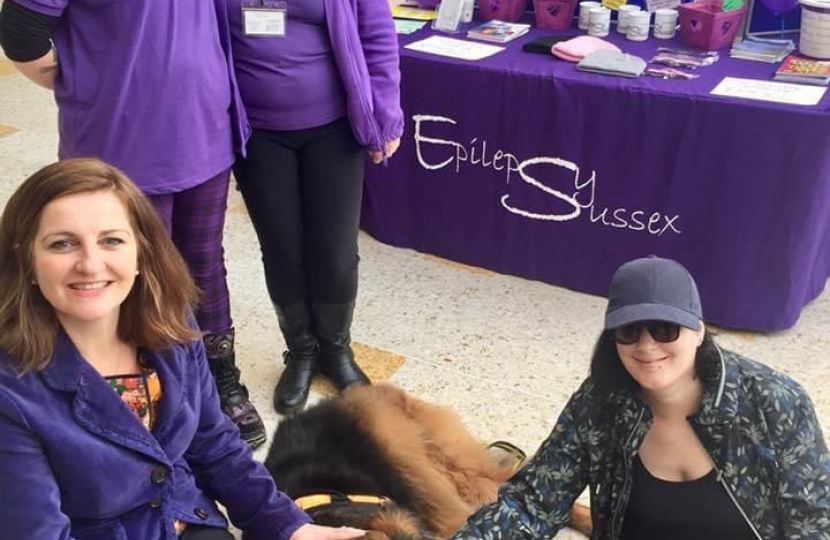 Eastbourne and Willingdon MP Caroline Ansell has welcomed the government announcing it will legislate to outlaw online flashing images that are sent to people with epilepsy to trigger a seizure.

Caroline is a member of the All-Party Parliamentary Group (APPG) on Epilepsy and has pushed for the measure in the online Safety Bill committee she has been sitting on.

The new law will be known as Zach’s Law after Zach Eagling, who suffers from epilepsy, and was sent flashing images on social media by vile trolls.

Zach, who also has cerebral palsy, was sent the images while he took part in a charity walk around his garden in 2020 aged only nine.

His mum thanked Caroline for her work on the issue.

The MP spoke in the committee in support of a specific offence and said: “I will be looking to support the introduction and the honouring in full of Zach’s law before the Bill is passed.

“My understanding is that many others wish to contribute, not least the Ministry of Justice. My hope, and my request to the minister, is that those expert stakeholder voices will be part of the drafting, should it not be the case that supporting the amendment presented today is the very best and strongest way forward. I want to see recognition in law.

In reply the minister Chris Philp said: “My honourable friends (the honourable member for Batley and Spen, and my honourable friends the Members for Watford and for Eastbourne) have been lobbying me on this issue persistently and frequently, behind closed doors as well as publicly…. I can now announce to the committee that the government has decided to enact the Law Commission’s recommendations, so there will be a new and separate standalone offence that is specific to epilepsy for the very first time. I can firmly commit to that and announce it today.”

Caroline then said: “I welcome the Minister’s announcement and that commitment. I particularly welcome that the new offence will have epilepsy in the title. People who seek out those who may be triggered and have seizures to cause this harm use all sorts of tags, organisations and individuals to deliberately and specifically target those who suffer from epilepsy.

“It is therefore wholly right that this new offence, whether in this Bill or another, cites epilepsy, because those who would seek to do harm know it and call it that.”

She added: "I have not had the privilege of meeting Zach; however…I was able to see the most beautiful tribute interview he did with his mum. He said that if the change were to be made and offence were to be recognised, “we win.” He is so right that we all win.”

Claire Keer, Zach’s mum added: “I am so happy to hear that the Government has committed to enacting Zach’s Law in full. We have said all along that there must be a standalone offence and we were delighted that this has now been accepted by ministers.

"My thanks also goes to Caroline Ansell for her strong support of Zach’s Law. She has been a steadfast and dedicated campaigner for this cause – one I know holds a special place in her heart. Her dedication and principled stand for people with epilepsy have been invaluable.”

"Zach is my hero and always will be. I am delighted that at the age of 11 years old, he is on the verge of changing the law. I ask the Government to draft this offence as a matter of urgency.”