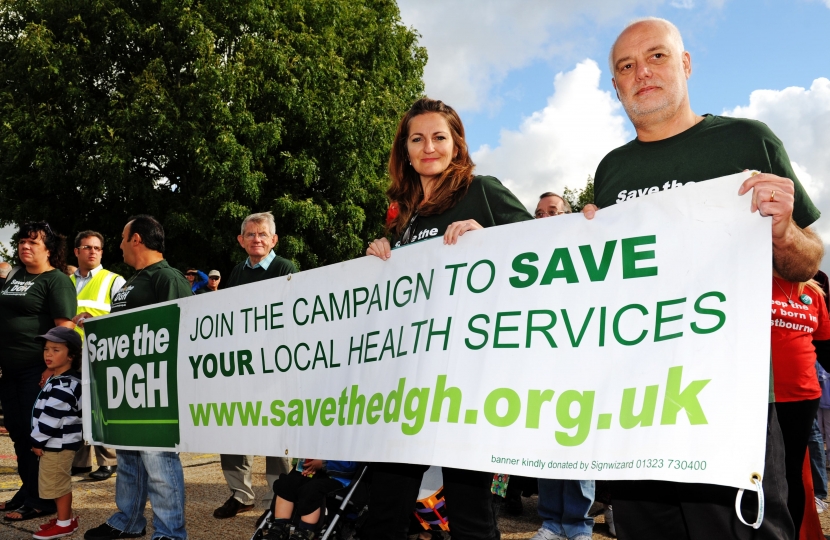 Conservative Councillor and Prospective MP for Eastbourne and Willingdon, Caroline Ansell has thanked the two thousand people who showed their support at Saturday’s ‘Save the DGH’ march but has strongly condemned members of the hospital trust saying:

“It was an utter disgrace that, despite having been being invited, nobody from the Hospital Trust could be bothered to show up and receive this wonderful giant petition postcard, which had been signed by over 8000 local people. Clearly the trust is not taking any notice and they showed their contempt by not doing so.

At the present time the Maternity unit has been downgraded to a Midwife led unit, causing serious concern for many local mums and families, and there is a real concern that the Consultant led unit we had previously may not return.  We are determined to let the trust know that local people, who they should be listening to would vigorously fight such a proposal.”